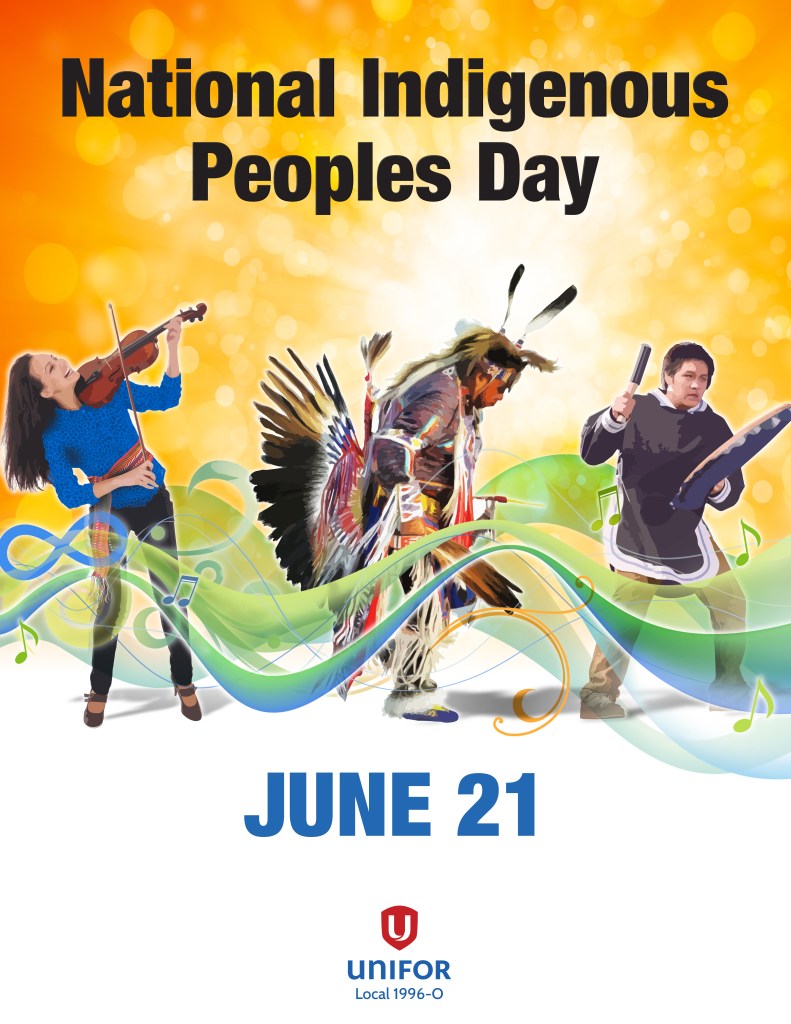 June 21 is National Indigenous Peoples day in Canada which was established in 1996. It is a day meant to recognize and celebrate the rich history of Canada’s indigenous people. We should all make an effort to learn more about the diverse cultures of our indigenous groups. Each group contains its own distinct heritage, language, cultural practices and spiritual beliefs although they do also share some similarities.

The indigenous are the first inhabitants of “turtle Island” which is the name they used for North America. They deserve both recognition and respect for this and for the contributions they have made to North American society.

In The war of 1812, First Nation and Métis warriors played essential roles in the defence of British held territories against invading American forces.  In Canada the war was fought primarily in the western great lakes, the Niagara and the St. Lawrence regions.  The Indigenous fighters were pivotal in repelling the invading forces in each of those regions. Those battles would not have been won if not for the fearless First Nations warriors according to British commanders at the time.

In World War one approximately 4000 Indigenous warriors voluntarily enlisted in spite of the injustices they faced here to fight for Canada and were deployed overseas. Hundreds passed away on foreign soil fighting for our country and many won medals for bravery on the field of battle.

In world War two, the indigenous once again enlisted and fought selflessly to protect the country to which they are the first inhabitants of.

Local 1996-O recognizes and celebrates both the rich history of our Indigenous Peoples and the sacrifices they have made for our great Country.