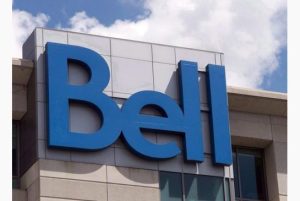 “This round of negotiations was monumental. Workers across Ontario and Quebec came together to demand that their good, unionized jobs at Bell Canada stay at Bell Canada,” said Jerry Dias, Unifor National President.

The new collective agreement includes wage increases, protections against job erosion and outsourcing and adds more than 600 jobs to the bargaining unit. Over the past 10 years, clerical employees experienced a concerted strategy to cut the workforce that eliminated more than half of the jobs in the bargaining unit. Unifor members also gained access to paid domestic violence leave and 10 women’s advocates, who are members of the union trained to advocate and assist people facing sexual and gender-based violence, will now be established.

Mental health at work was also a central issue raised throughout the negotiations and the union was successful in negotiating with Bell Canada to a memorandum that recognize the importance of ensuring a workplace culture which promotes and improves the mental health of all employees.

“This collective agreement shows the kind of gains that can be won when workers unite and mobilize to defend good union jobs,” said Renaud Gagne, Unifor Quebec Director. “Through members’ solidarity and activism, and the work of the union’s bargaining committee, every improvement was hard fought and deserved.”

The new agreement is the first contract for approximately 300 members at Bell ExpressVu LP who successfully organized their workplace in 2016 to join Unifor.