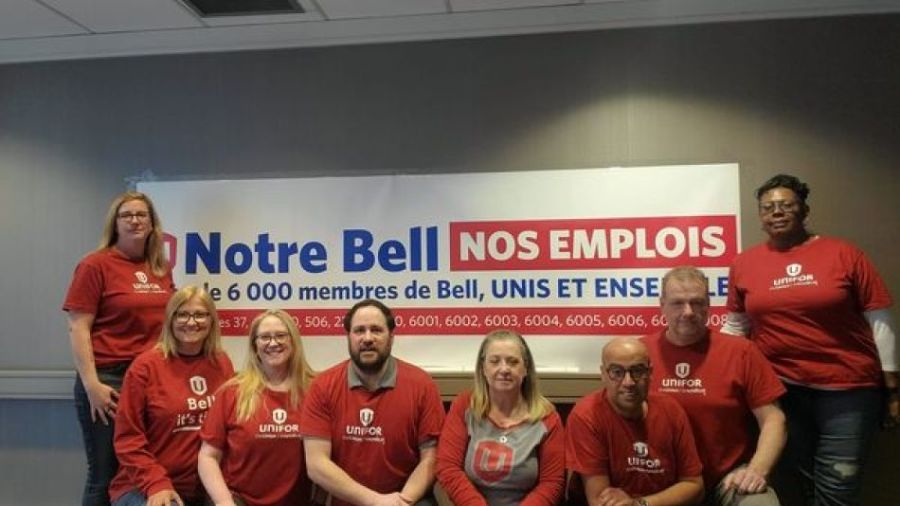 TORONTO– Unifor members in the Bell Canada clerical unit returned a strike mandate on Sunday June 19, just ahead of this week’s negotiations with the company.

The approximately 4,200 workers in the bargaining unit perform clerical and other duties, and live and work across Ontario and Quebec. More than two-thirds of the membership voted, with 65% voting in favour of strike action.

“Workers have witnessed their own household costs skyrocketing at the same time as Bell’s profits hit record highs. In these negotiations, we’re looking for real wage increases,” said Lana Payne, Unifor National Secretary-Treasurer. “Canadians learned in the past two years just how much we all rely on the work of telecom workers. It’s time for Bell to negotiate an agreement that recognizes clerical workers’ contributions.”

Workers are seeking a fair pay increase, continuing to work-from-home, and an enforceable floor of employment in the bargaining unit. Some members spoke out about bargaining issues in videos released ahead of the strike vote.

Bell has engaged in a concerted effort to downsize the bargaining unit through attrition, contracting out and other forms of erosion.

The bargaining committee declared an impasse on May 9, 2022, which began the federal conciliation process. The two parties will meet with a federal conciliator beginning on Monday June 20, 2022.

“Unifor is committed to reaching a fair contract for these members. I hope that Bell received the message of this strike vote loud and clear, clerical workers are demanding better,” said Daniel Cloutier, Unifor Quebec Director.

Unifor is Canada’s largest union in the private sector, representing 315,000 workers in every major area of the economy. The union advocates for all working people and their rights, fights for equality and social justice in Canada and abroad, and strives to create progressive change for a better future