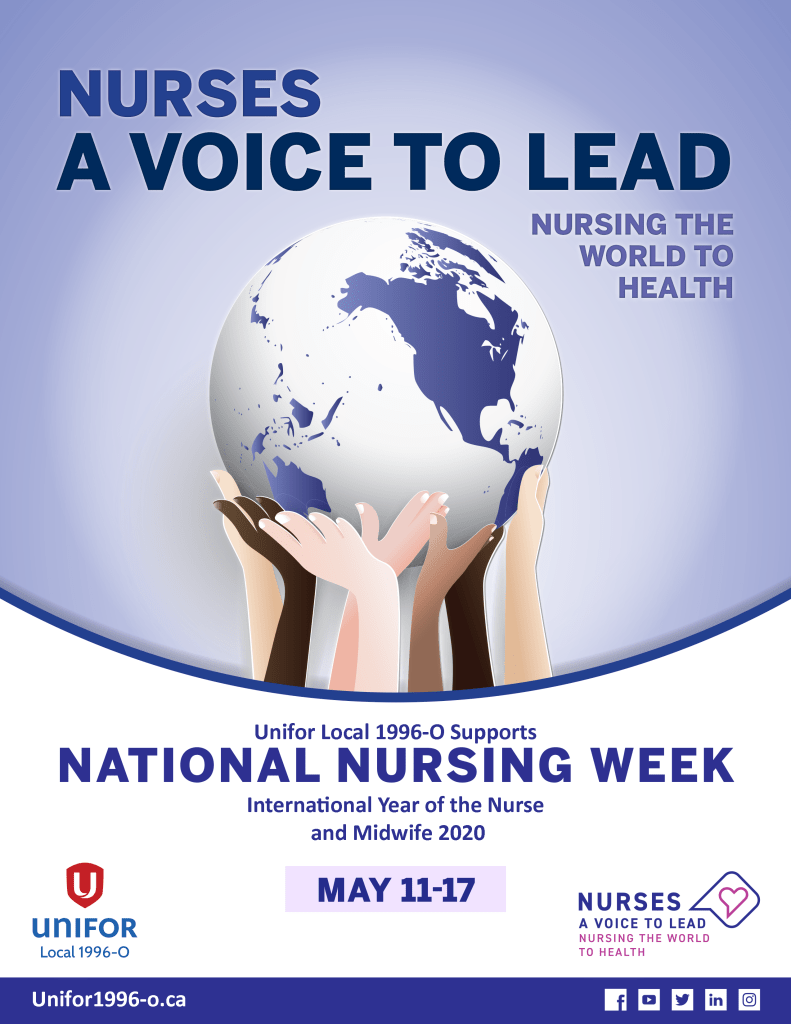 The week of May 11-17 2020 is the annual week dedicated to showing appreciation for our nurses and the nursing profession. This years theme is “Nurses: A Voice to Lead – Nursing the World to health”. Developed by the International council of nurses (ICN), the theme is meant to illustrate how central the profession is in responding to the many world health challenges. ICN believes that Nurses work tirelessly to provide care and their contribution to the health of people globally makes them central to the delivery of health care.

National Nursing day is May 12th 2020 and is also separately acknowledged. It follows after the birthday of Florence Nightingale. Florence, like the italian city in which she was born and named after is known as the founder of modern nursing and the nurse that helped project proper medical care policies in the 19/20th century. She adopted the title “The lady with the lamp” as she cared for the british soldiers wounded during the Crimean war during the night hours. This May 12th will mark the 200th anniversary of Nightingales birth date.

“National Nursing Week is a great opportunity to recognize the leadership role of all regulated nurses in Canada.” CNA president Claire Betker