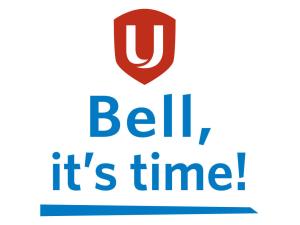 The company consistently and drastically reduces the number of jobs in out unit, here’s how.

Between 1994 and 1996 with the formation of Expertech (Formerly part of the Bell Construction Department) and the elimination of Residential Service Technicians which had been replaced by Newco/Entourage, as of July 1st 1999, the bargaining unit had shrank by almost 63% to 7,356 members.

When Bell purchased Entourage outright in 2005 they renamed it Bell Technical Solutions (BTS). Not only has Bell cut a huge volume of employees through spinning off residential technician work to BTS, now they have began to accelerate the pushing away of business work performed by Bell Craft technicians.

The premise was a new wage scale and more flexible job security would result in more hiring and a stabilization of the membership count. Unfortunately, these commitments were not honoured, and the trend continued into 2016 when we saw levels continue downward to 27% (3,987 members) of 1988 staffing levels.

This is a reduction of 83% since 1988, and a stark reminder that for the next generation of craft workers, a good job, with good compensation and benefits will be even harder to find.

Frequent Retirement Incentive Offers helped pave the way for where we are today, but the reality it is the company that has not met their end of the bargain. Jobs have not returned, work is not being replaced and so the time to question our job security is far past due.

Bell, it’s time for respect and job security for the Craft and Services Bargaining Unit.

The Bargaining Committee met on Tuesday via teleconference with the Local delegates from the various regions of our unit, Southwest, North/East, Quebec and the GTA. We spoke to them about how the Company’s concessionary demands would undermine our priorities on jobs as well as job security. Furthermore, they were advised the decision to file a notice of dispute was not simply made because our demands were ignored, but because the concessionary demands would eventually lead to the elimination of the bargaining unit.

Once the Committee filed the notice of dispute on February 19th, a window opened until March 6th for the Company to file with the Canadian Industrial Relations Board an application to intervene over a lack of an agreement over Maintenance of Activities in the event of a lock out or strike.

On Wednesday, we held an all delegates call via Zoom with Unifor National lawyer Anthony Dale to explain to the Local delegates what this means for our bargaining unit moving forward. The Canadian Labour Code under section 87.4 mandates an agreement between the unit and the company must be concluded by either negotiated agreement or CIRB decision prior to the process moving forward and well before a lockout or strike can occur.

This does not mean negotiations cannot restart.  If talks do resume we will advise the delegates of a change of bargaining status. Currently we are moving forward with an understanding the Company will apply to the Board, as negotiations have not proceeded sufficiently to solve the Maintenance of Activities issue, in regards to the number of employees needed to provide essential services without intervention.

If this does happen, the process could be delayed, which will directly affect bargaining timelines. The Committee stands ready to bargain, but not with ourselves. We recommend members reach out to their Locals for further clarification if needed.

As always, your patience and support is greatly appreciated.