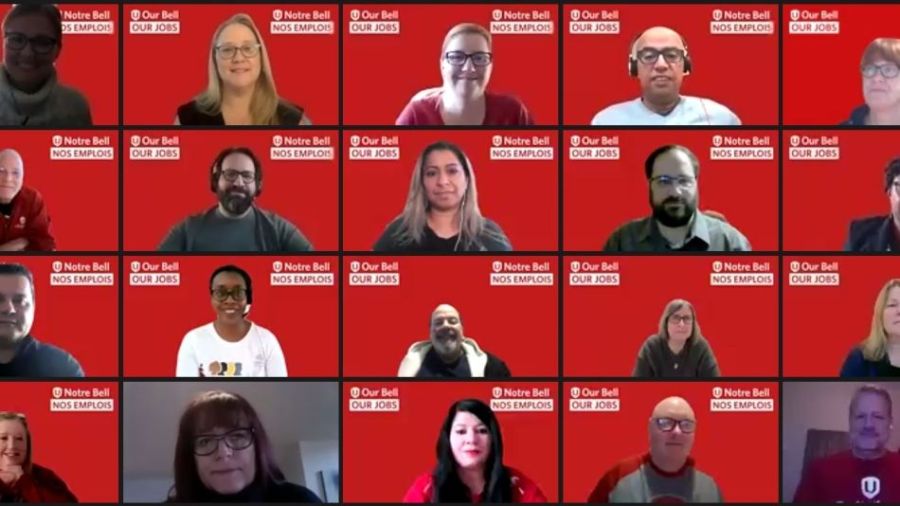 TORONTO- Unifor members at Bell Canada opened negotiations with a united front and a demand to protect good jobs in the telecommunications industry.

“Our message in this year’s negotiations is simple. Telecommunications is a vital part of Canada’s economy, and Bell has a responsibility to deliver not only well paid, good jobs but also to maintain domestic capacity in this sector,” said Chris MacDonald, Unifor Assistant to the National President.

Members are seeking improvements to their wages and a stop to Bell’s concerted strategy of job erosion through processes like offshoring and contracting out. Clerical workers also are prioritizing mental health supports and prevention of workplace stress in this round of negotiations.

“We’re ready to achieve some major gains in these negotiations, with Bell posting record profits, and with a membership that demonstrated in the previous round of negotiations just what it looks like to be united and bold in their mobilisations,” said Renaud Gagné, Unifor Quebec Director.

Negotiations began with the union and the employer exchanging proposals on Tuesday, February 15. Talks are currently scheduled to continue next week, and typically take several weeks to conclude.

Bargaining will commence in the coming weeks for more than 15,000 members including Atlantic and Clerical workers as well as our fellow members at BTS.

Unifor is Canada’s largest union in the private sector, representing 315,000 workers in every major area of the economy. The union advocates for all working people and their rights, fights for equality and social justice in Canada and abroad, and strives to create progressive change for a better future.