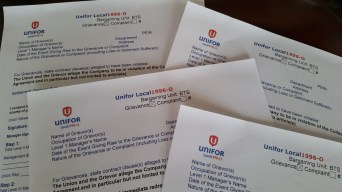 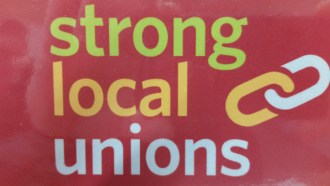 As I sit here filling out a grievance form, I take a moment to reflect on how this came to be.  I, like many of you, look forward to time away with family and friends during the summer months when we can fire up the BBQ.  But this Canada Day was a busy one.  I spent most of it answering the phone for many technicians who were all wondering the same thing – “Why am I being forced in on Canada Day?”

Normally, the answer would be an easy one, but on this day it was complicated by the knowledge that the company had loaned out its resources to Ottawa, only to turn around and find themselves short of resources here and then invoke forced overtime.

Sadly, the realization is that the workload is more of a priority than our Canada Day with family and friends….something that I find completely inexcusable.

If you feel as strongly about this as I do, then I invite you to reach out to your Local Steward and file a grievance if you were impacted by forced overtime on Canada Day.

We cannot and will not allow this sort of action to continue!

BCE says it will offer “gigabit”service to 50,000 Torontonians later this summer and eventually deploy it to 1.1 million homes and businesses.

This billion-dollar network investment is expected to directly create 2,400 jobs; a positive impact for our workers and a testament to the job we have already been providing!

Up to now, Telco’s have remained competitive by bundling their broadband service with popular Internet protocol television (IPTV) offerings.

Telephone companies can deliver respectable speeds – in the range of 25 Mbps to 50 Mbps – in areas where they have deployed fibre to the neighbourhood but not right to the home.

It’s not surprising, then, that BCE Inc. recently highlighted plans to direct $1.4 billion towards fibre-optic builds in the city of Toronto; a first step in a $20 billion plan to upgrade its broadband fibre and wireless networks across Canada by the end of 2020.

How this affects you

You are the technician who sees the customer every day and ensures they are satisfied.

You are the technician that goes the extra mile.

You are the technician that does 5 to 6 jobs a day for Bell.

It’s my expectation that Bell will recognize BTS members and all the work they do.

It’s been a long road to getting BTS Associates certified as a bargaining unit within Unifor.

There were attempts made to hinder our campaign, security guards were installed to restrict our access and associates were suddenly tempted with unheard of raises, all in an effort to dissuade the the them from joining.

We’re happy to say the Associates staid the course and persisted in their goal of having a voice with this employer.

We’re looking forward to negotiating their first ever collective agreement in the coming months.

In the meantime, these flyers from our campaign highlight some of the key reasons this is a positive direction for these workers. 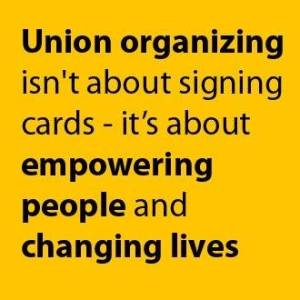 It has been both a privilege and an honour to accompany the BTS Associates on their journey to become unionized in Ontario.

I was inspired to hear their personal stories and witness their sheer will to push forward.

I want to see them gain full representation; I want them to have fair compensation; and most importantly, I want them to know that they can support themselves and their families without fear of termination for demanding equality.

The application for certification has been approved and we are now determining our next steps.  Although this process is still far from over, we have conquered the biggest hurdle.

The coming months will be very exciting and I look forward to continuing the journey together.